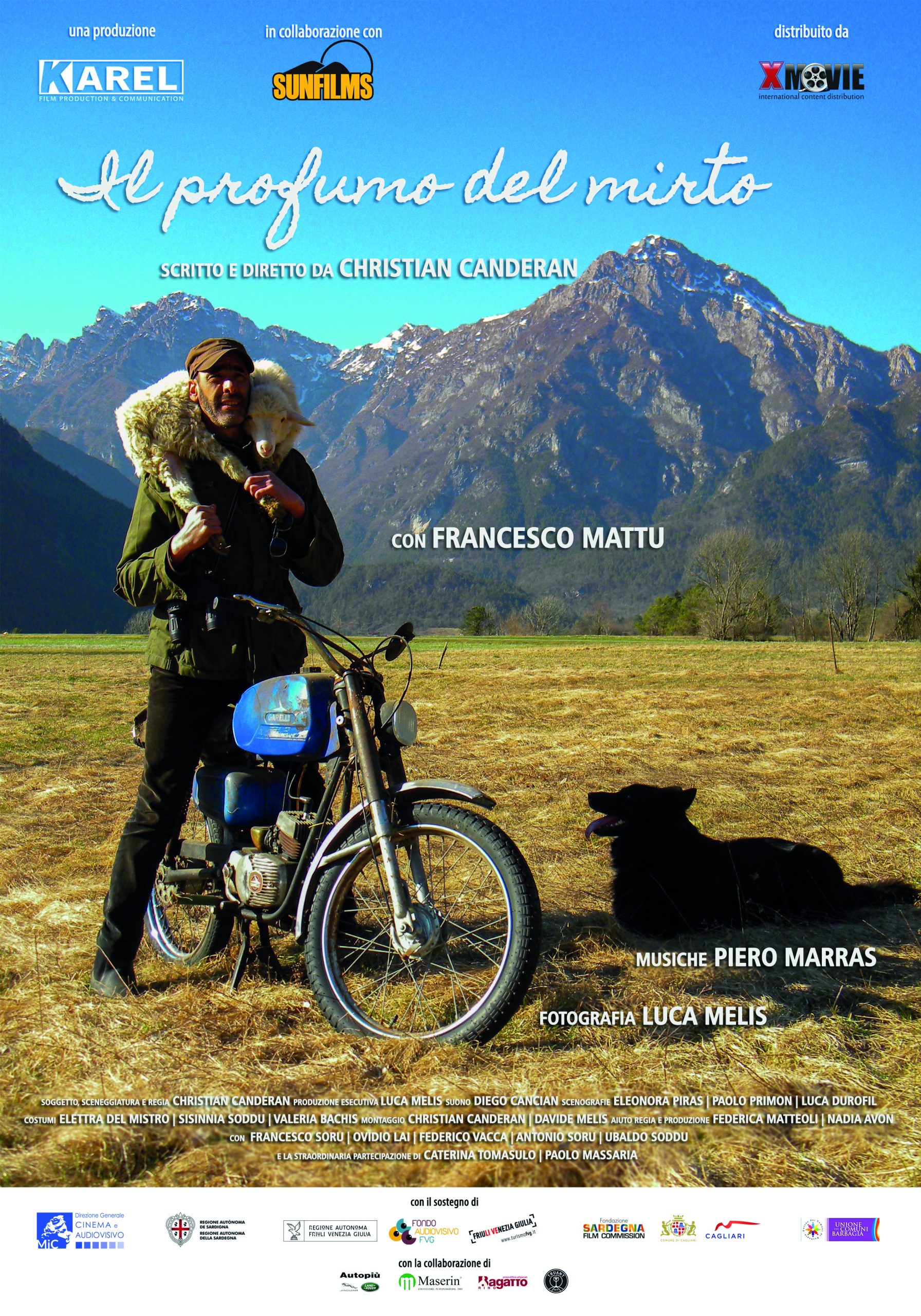 "Scent of Myrtle" is a original documentary movie project about a friendly, bizarre, forty years old sardinian shepherd Francesco Mattu. Francesco will transport us, with continuous narrative flashbacks crossing his exciting memories and accompanied with his poetic voice, from his childhood in Sardinia to the present days. For the past 10 years until now, Francesco, lived in the Friulian Alps in a village named Tramonti di Sotto. His tales focus on the uncontaminated nature and his life between his beloved sheeps, a cassette player always on, folk songs and ancestral rites that accompanied his childhood in the centre of Barbagia, in a not so distant time.

His tales focus on the uncontaminated nature and his life between his beloved sheeps, a cassette player always on, folk songs and ancestral rites that accompanied his childhood  in the centre of Barbagia, in a not so distant time.

After the initial shock and difficulties our charismatic character is now surrounded by new friends, affection and esteem. This is not only because of his delicious product that he creates from his flock bur for the genuineness and altruism that he brings along. Since years now you can hear in the morning’s hours a Garelli motorcycle echoing in the Val Tramontina with a male voice which intones melodic passages of a distant land.

Loneliness and happiness will clash in this poetic coming and going, which will culminate with the return of our principle character to Ovodda on the occasion of the feast of Ash Wednesday, extremely different compared to the continent, from a religious and social point of view.

I did immediately fell in love with his past and his stories sometimes so incredible to seem surreal.

I often find my self in the valley, my homeland (my grand father was born there), and a few years ago I was lucky enough to meet Francesco that was presented to me by some friends during the patronal feast. A spark was immediately triggered that made us become great friends.

So was born the idea to create a movie that homage not only him but all the Sardinian peers that like him truly saw and touched the misery but at the same time the scent and taste of the real freedom!  This belief it is probably the one of happiness!

I started then to record in different sessions his stories and to outline a lineup of topics that will create a captivating script.

The family, the first love stories, sardinian friends, motorcycle trips up to the coast, village festivals, first time on a boat directed to the continent and what he basically always did as fulcrum of his life: the food and the sharing of it, with whom is next to him. It is a real ritual to live and share with a sardinian (or more) the meaning of cooking, being together, spending multitude of hours in front of a burning fire, without haste, talking about everything, without inhibitions.

Two extraordinary populations, the sardinians and the friulians, that through this story I would like to bring to the deserved place in our culture. I found out an incredible culture inside this people, even dough their lack of long term schooling they have so much to give to learn to the people of the continent and makes me realize how much a degree does little to live this life. Specially talking about the values of friends and family. Francesco lived 10 years away from his beloved ones without visiting once. An infinite time. For us unconceivable. When I surprise him, during my visits, at the telephone with his people, talking strictly in Sardinian language, much more complex I would say then our Friulano, I look at him for countless minutes, not understanding the contents of his phrases but observing his eyes… travelling in that few moments to his native land.

If there is a way beyond images and television, to know and discover a place never visited, I think the words of those born there that didn’t return since long time are more meaningful then anything even a photo.

Words that come out straight from the heart, becoming poetry and make us reflect on the essentials that would be enough to live fine and in harmony with our surrounding.

We are looking forward to run away from our parent’s home once 18 while they would like just to go back if they only could, in a place where friendship and sharing are daily basis. How strange is life.

In this years I saw unimaginable people visit Francesco, in the weekends when I visited the valley. Entrepreneurs and very high ranking people escaping from the monotony of everyday life, city, cars, luxury villas for get their hands dirty (even the clothes some times) for a few hours, eating cheese and ricotta fresh cheese still warm with some meat just removed from the embers.

I saw the sadness and the happiness in the eyes of this people that have everything and maybe nothing or not what they really need to be happy. I saw them come back, more and more often, in that poor stable and i wondered if that is because they did realize that they need maybe something more simple to be happy. Freedom!

Francesco Mattu, was born in Ovodda in 1976. He follows his shepherd father for several years both in Barbagia and in the Medio Campidano in Siliqua. At the age of twenty he moved to Olbia working as a laborer for some construction companies in the area. Always a lover of music and gifted with a remarkable voice, he loves singing above all songs by Celentano and Vecchioni, as well as singing various hits of Rock from the 1950s and 1960s in a bizarre macaronic English. In the early 2000s he also recorded a CD with some covers and unreleased songs by a Sardinian author and publisher. The operation is quite successful and is best remembered for the song “Su Tzilleri” which was appropriate to include in this film for its ironic and irreverent content. In 2007 after a visit to a Sardinian shepherd friend who had already moved to the Friulian mountains for some years, he decided to stop first for a short period and then move permanently, buying a fold and creating a small flock of Sardinian sheep. Thus was born the Sardinian-Friulian sheepfold (as he calls it) from where he produces excellent cheese and other derivatives.

The story needed various characters to play Francesco in the various periods of his life. Francesco as a child (1980s) was wonderfully interpreted by Francesco Soru, a 9-year-old boy from Ovodda. While Ovidio Lai, 21 years old from Olzai, owner of a bar in Ovodda, lent himself magnificently to interpret the young Francesco in the 90s. In addition to many other characters of the town who have interpreted the various family members in history, among which Federico Vacca “Bisteccone” and Antonio Soru, respectively the father and grandfather of Francesco, have been included in Friuli two well-known characters in the theatrical and television. The cabaret artist Caterina Tomasulo, icon of comedy in the region for several years, and Paolo Massaria, actor in several national television dramas.

CONTENTS AND POINTS OF INTEREST

The extraordinary strength of this film lies in the ability to tell about Sardinia, its culture, its landscapes, its language in relation to a culture as diverse as that of Friuli. This comparison / contrast highlights the cultural and landscape uniqueness of the two regions and at the same time guarantees a greater capacity for diffusion and distribution of the film. A project that intends to bring this fascinating story of life, as well as on the big screen and on television, also in many European countries, especially through the various ethnographic festivals. The promotion of the socio-cultural-landscape heritage is strengthened by the shooting of the film that immortalize “moments of daily life in Barbagia”, mainly for what concerns the whole process and the production chain of milk and agro-pastoral life, the collection of cork, the typical tailoring, popular music and dances, moments of conviviality and typical food and wine. All concepts that are replicated in the Friulian part, to make it clear how geographically distant, very close and similar these two regions are. By valuing history, culture and traditions, an enormous knowledge is brought to the public that goes far beyond history and the film itself, trying to arouse interest in going to these areas with the dual motivation of both visiting the territory and getting to know directly. these specificities.

Piero Marras (Pietro Salis) is the author that Francesco loves above all else.

In his fold the stereo is always “tuned” to the songs of the Sardinian master.

A music that represents the Sardinian land, its sacrifices, its history, its people, which gave me fundamental inputs in the drafting of this story. Listening continuously to his songs, most of the times translated live by Francesco, I therefore began to write the screenplay by letting myself be carried away by his music, in the hope that he would accept my proposal to be able to use them. So it was shortly thereafter, and with an unexpected enthusiasm as only a true artist can demonstrate, he immediately accepted my proposal, also proposing to make some unreleased songs for this film.

From the point of view of photography, on the other hand, landscapes and locations are the masters. Mountains, Nuraghi, Sea and Alps. Sheepfolds and flocks of sheep, immense expanses where time seems to have stopped. A continuous confrontation between Sardinian and Friulian land. A narrative style focused on looks and close-ups, which tell a lot even with a few words. A very different color that distinguishes the various “eras” of history and that greatly enhances the image of the work. The use of natural light greatly emphasizes the concept of documentaryism and realism. 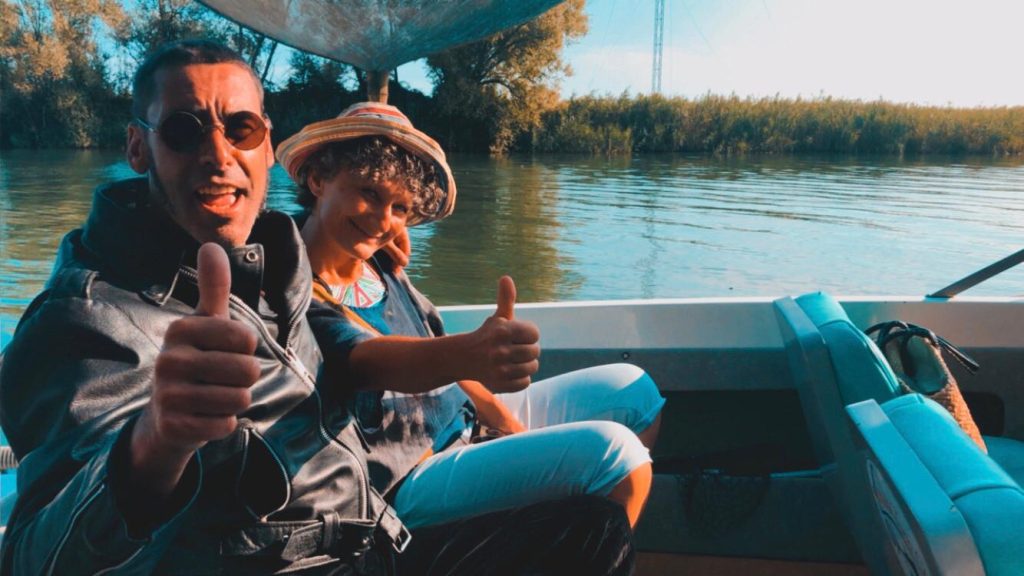 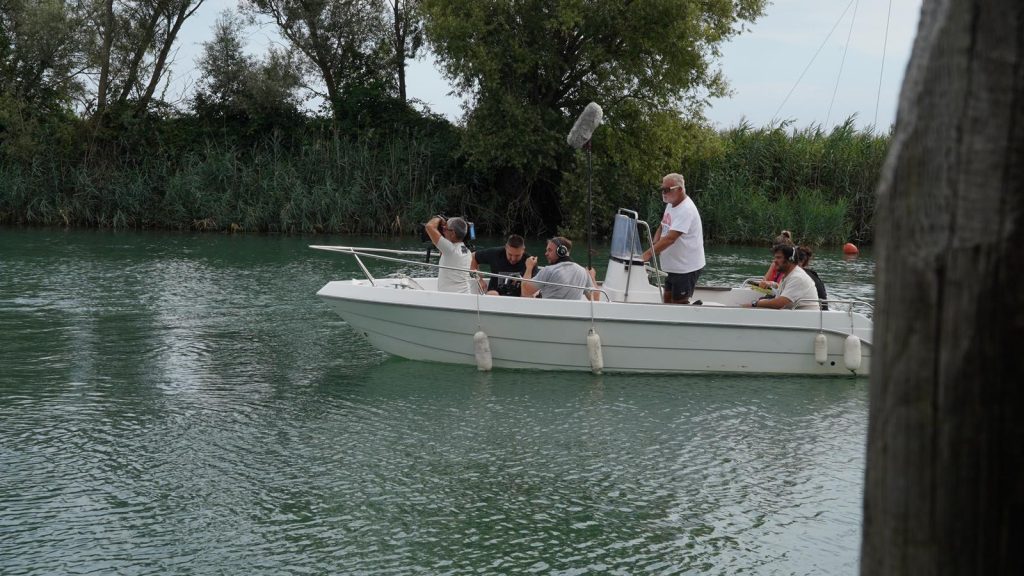 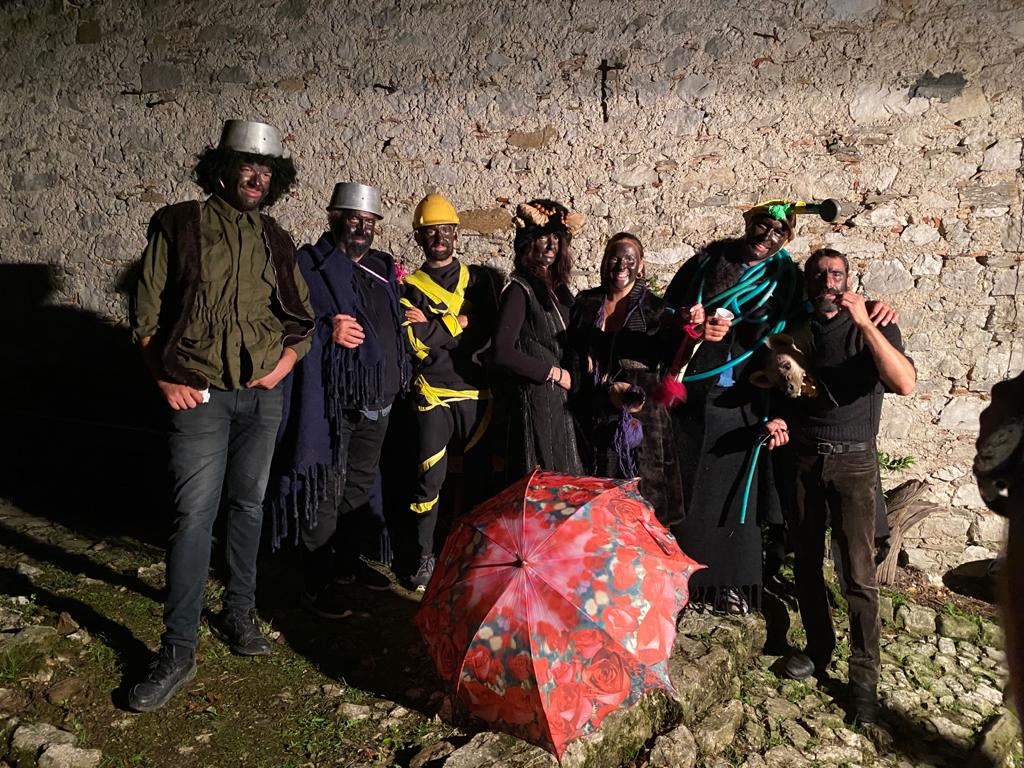 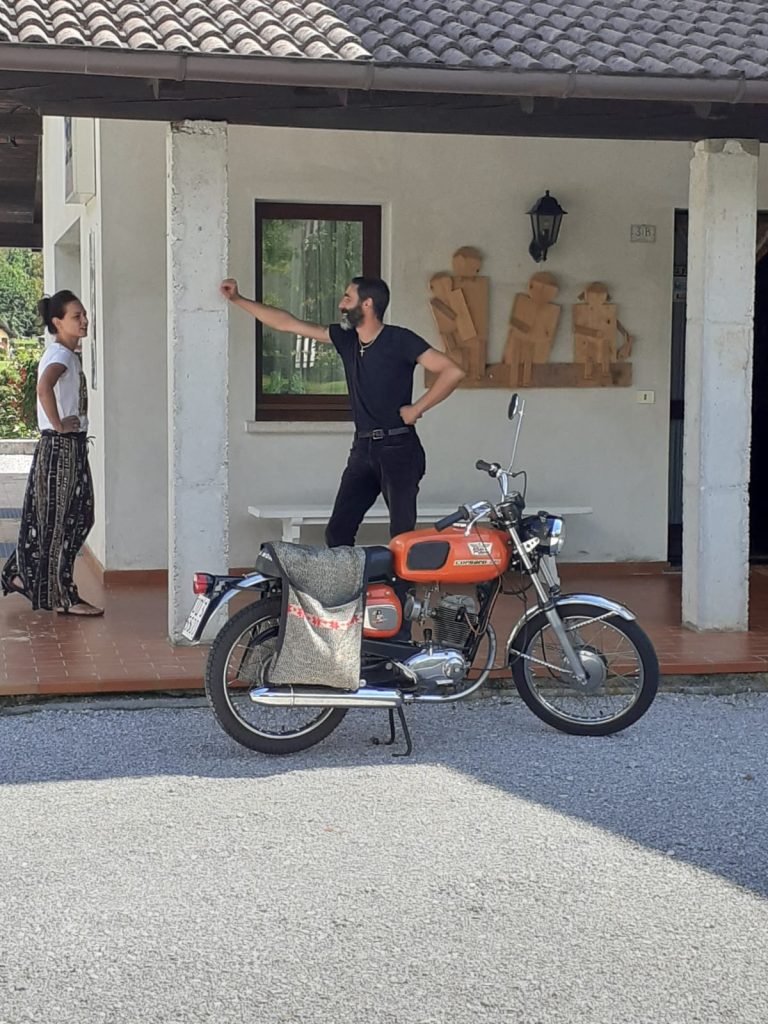 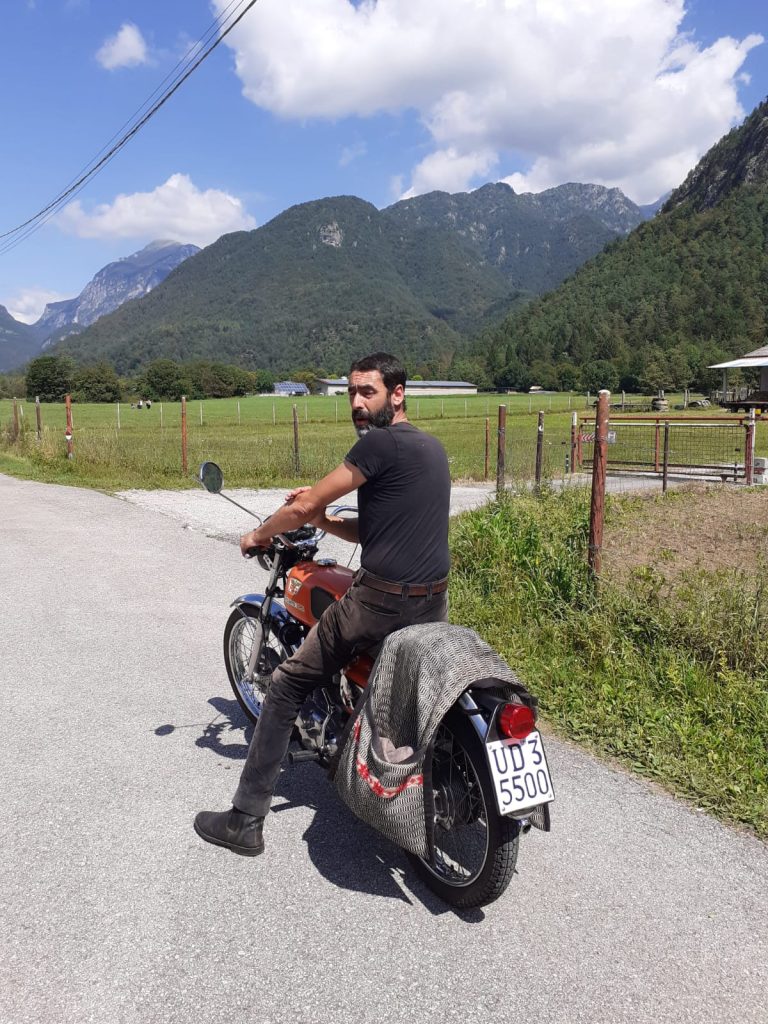 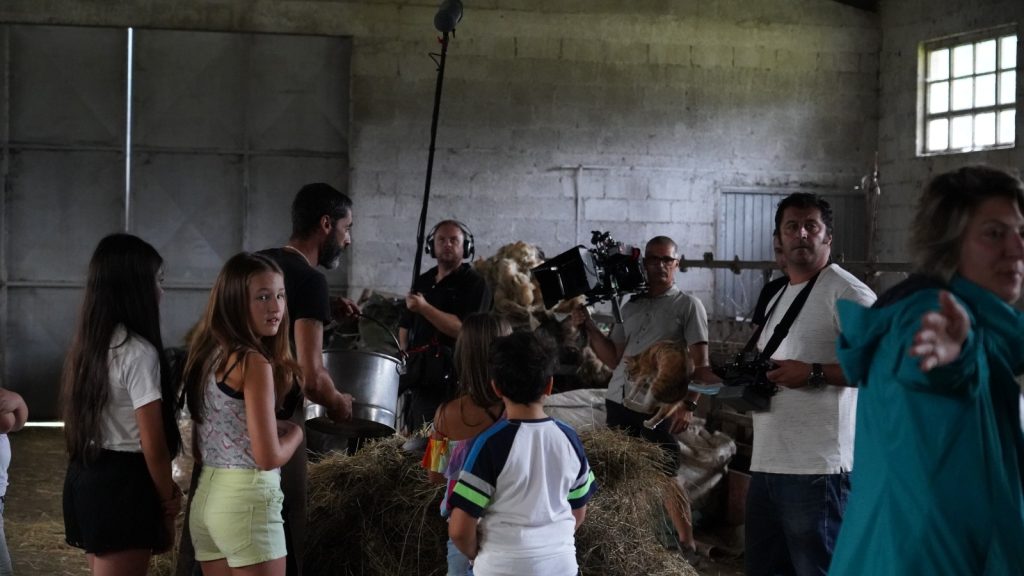 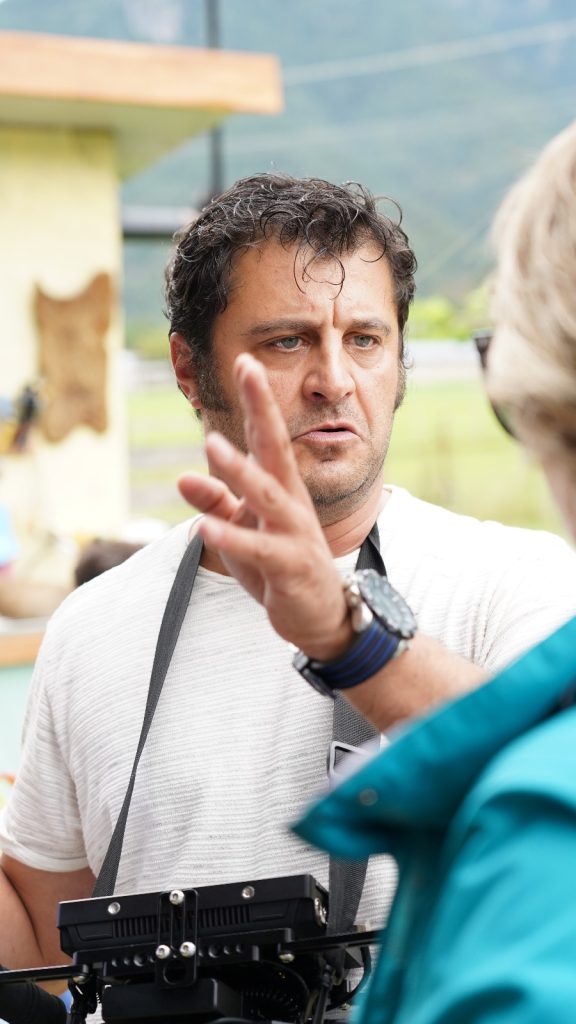 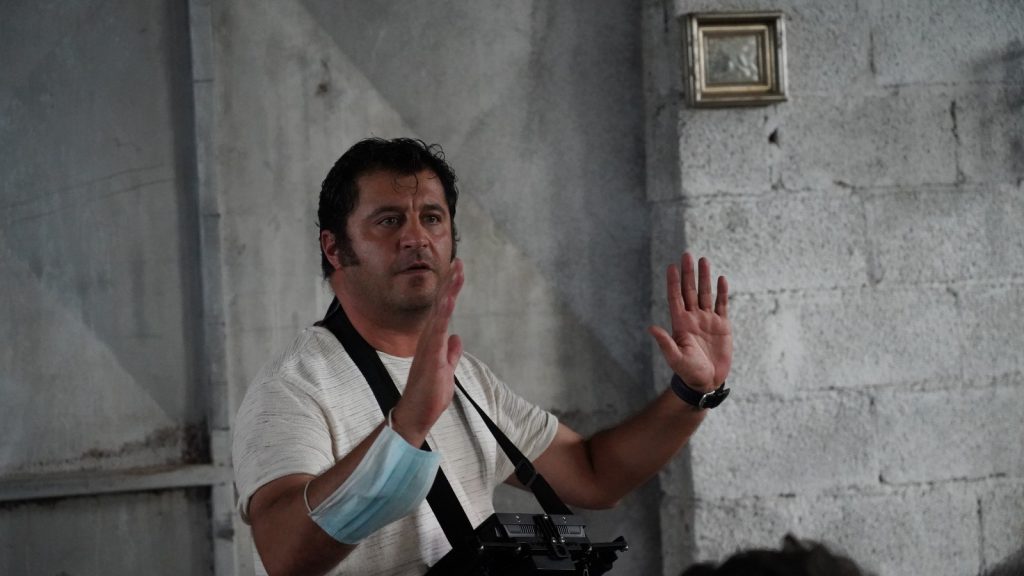 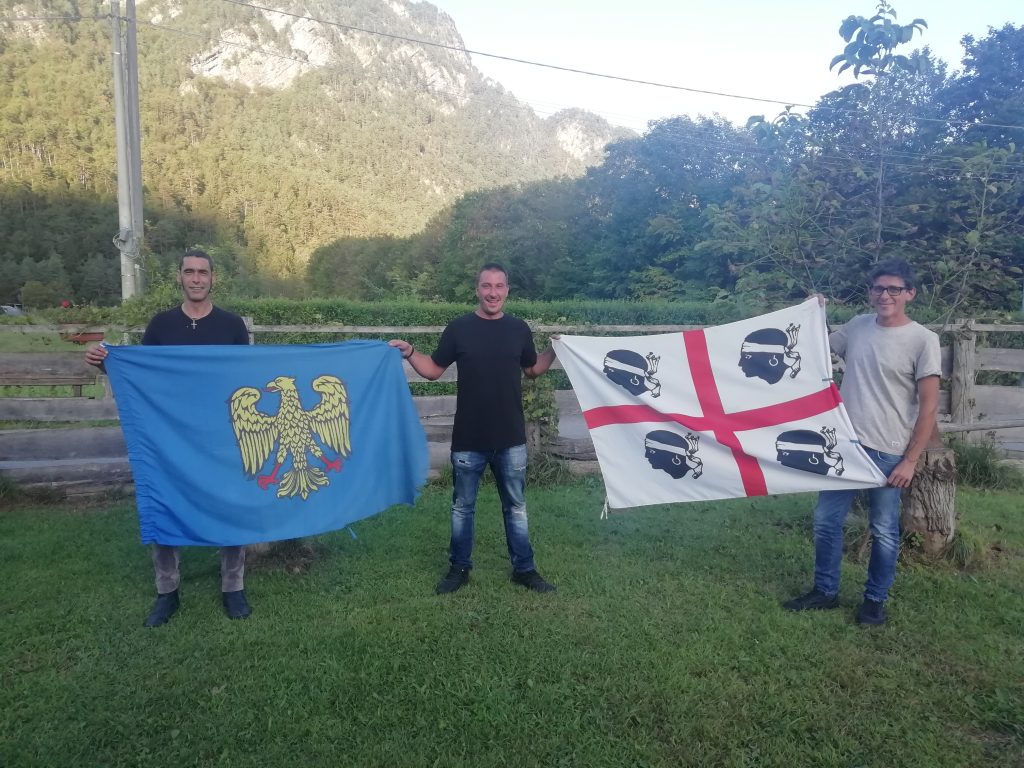 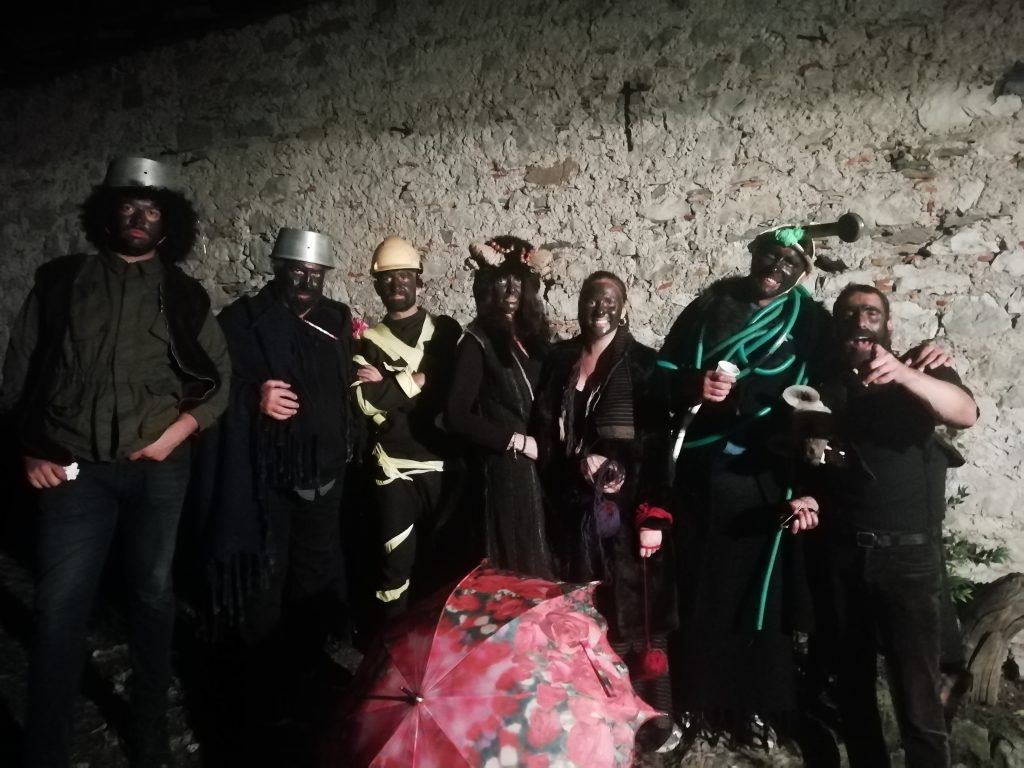 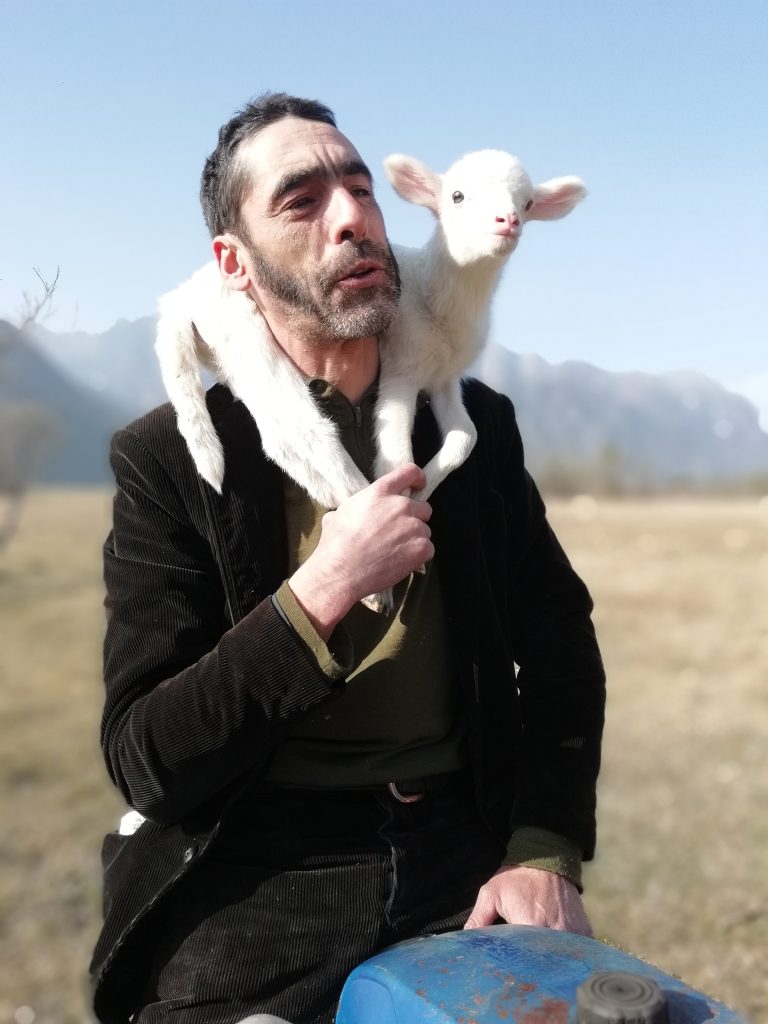 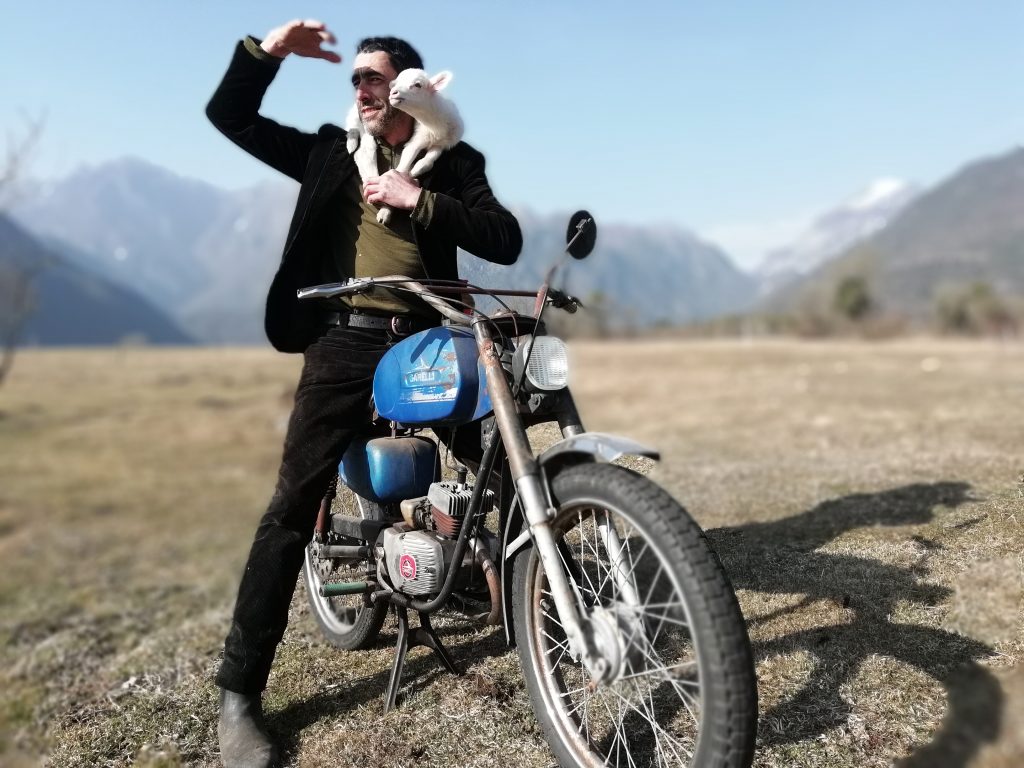